…become a comedian on “Mock the Week” and slag-off any public figure perceived to put a foot wrong! Whilst this kind of comedy can seem alluring, harmless fun, I think it is important to dig more deeply into this issue.

Satire was first discussed critically in Ancient Rome where a distinction was set-up between Juvenalian and Horatian forms. The former encompassed any bitter and ironic criticism of contemporary persons and institutions that was filled with personal invective, angry moral indignation, and pessimism. Meanwhile, the latter was seen to provoke a wry smile by being indulgent, tolerant and witty, holding up to gentle ridicule the absurdities and follies of human beings. Personally, I much prefer the more whimsical version.

Fast-forward about 1700 years and Jane Austen’s fictional Emma learns an oft-repeated lesson for would-be satirists when she insensitively mocks the relatively impoverished spinster Miss Bates – never belittle those less fortunate than yourself. Despite the fact this character is garrulous, sustaining an apparently endless flow of trivial speech, she does not deserve to be insulted and her mistreatment exposes the heroine’s impatient pride, which can then be corrected.

What is missing from so much of today’s satire is the lack of any positive, redeeming features. Everything is focused on deflating perceived pomposity and ridiculing stupidity with no attempt to even hint at a better alternative. It is easy to point-out the faults but very few are willing to actually correct them.

On turning to satire in the Bible, we always see a balance. Prophets like Isaiah mock the idols of Babylon, inanimate so they must be carried, made by human hands and thus unable to save anyone (Isaiah 44:9-20 & 46). However, he also holds out hope, proclaiming in beautiful poetry the One who is all-powerful: “those who trust in the LORD will find new strength: they will soar high on wings like eagles; they will run and not grow weary; they will walk and not faint” (40:31).

Similarly, Jesus satirises the punctilious rule-keeping of the self-righteous Pharisees. They would “strain out a gnat but swallow a camel” (Matthew 23), meaning they carefully filter their drinking water through a cloth, so they do not swallow even the smallest of ceremonially unclean animals. Yet they ignore much more glaring and obvious character flaws, such as covetous greed or orchestrating the execution by crucifixion of an innocent man. Jesus, wonderfully, moves beyond the critique to point people to the solution: “whoever drinks the water that I give him will never be thirsty again… the water I give is like a flowing fountain that gives eternal life” (John 4:14). Not just a diagnosis of the problem but also an unbeatable offer. What is the point of knocking down a house of cards unless you are planning to help build something better? 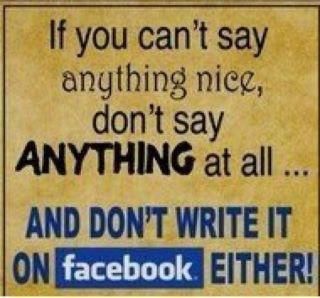 Recently, I was reading an in-depth report on the appalling treatment of refugees by many European democracies, which concluded: “We must be alert to the ways in which some politicians try to convince people to give up rights and protections that exist for the benefit of everyone. Any authority figure who says: “We should look after our own before we look after refugees,” probably isn’t interested in doing either. And we should recognise the importance of collective action. There will not be “solutions” to this crisis, in the sense of one or more policy decisions that will make refugees vanish.”

How could anyone disagree?  Now, imagine that the word “refugees” was switched for “unborn baby”.  This is particularly pertinent because so often we hear the complaint that those who campaign to end abortion are simply not interested in making life better for the poor and those who struggle in our society.  They say we must look after those at the bottom of the socio-economic pile, not sadistically insist they actually give birth to a baby they do not want.

Yet, as we can see with the argument against those who demonise asylum seekers, this is a false dichotomy.  I cannot speak for every pro-life campaigner but from I see this is a movement which cares passionately about all life.  There is a focus on the unborn because they are the most vulnerable and easily overlooked.  Everyone who manages to squeeze out of the birth canal at least has a fighting chance, but the life of those who are conceived, yet not born, is cruelly snuffed out before they can even utter their first cry.  It’s definitely not a case of “either or” – rather a plea for society to listen to the voiceless and follow through on the logic of equal rights.